The Hedonic Treadmill and You

Almost all entrepreneurs are on the hedonic treadmill. Problematically, most don’t even know what the hedonic treadmill is, let alone have much awareness of how it impacts nearly every aspect of life. That lack of awareness can lead to some dangerous tendencies that result in burn out, angst and a general lack of fulfillment. Understanding the hedonic treadmill in work and life, managing it, and developing a healthy relationship with ambition and aspiration are all key to staying in the game longer, happier and more productively. Ironically enough, the better one can manage the hedonic treadmill the more apt one is to be successful.

First though, what is the hedonic treadmill?

I was first introduced to it as I was finalizing the process of selling my first company. I felt a small measure of pride – it wasn’t an earth-shattering outcome like you read about in the pages of the Wall Street Journal – but still a win worth celebrating. I was sitting with a friend and, as I think many people have had this conversation, we talked about how much success is enough? We talked about it from both a monetary perspective; “I need this much to retire” and from a perception perspective; “I want to feel I have achieved this notable thing.”

Here’s the rub – we both had set goalposts that were roughly several times that which we had already achieved. On some level, I knew that my goals were a constantly moving target. It’s fairly common knowledge that the more you achieve the more you desire. Once upon a time my aspirations had been much more modest. I could remember when I started my first business, I had said to myself, “If I can just get to a million dollars of revenue, I’ll be comfortable.” Then I got there and I realized, “No, actually it’s five million dollars at which I’ll be happy.” That turned into ten. And so on and so forth.

There is no doubt a lot to be said for never being satisfied or complacent. This is not an article preaching one rest on one’s laurels. Rather it is a clarion call to draw attention to the fact that often goals are driven by externalities rather than internalities – and when that is the case it can signal being headed down a road of never finding enough. That ultimately results in disappointment and frustration. An internal motivator is seeking a sense of achievement. An external motivator is feeling the need to have a lot of cash so you can keep up with the “entrepreneurs” on social media flaunting their private jets and fancy vacations. The former is great, the latter will generally lead you to nowhere but misery.

But why is it so pernicious? In many ways, we are hardwired to always want more. And perhaps even more problematically, our society and the marketing machine that drives consumerism has become incredibly effective at preying upon our modest insecurities to drive a greater sense of fear and anxiety that, in turn, keep us running ever faster on the hedonic treadmill. You always need more and there is never enough. It’s not unusual to find someone immensely successful and immensely miserable. Casual readers will often scoff when a professional athlete making tens of millions of dollars a year talks about how depressed and dissatisfied they are. They’ve fallen victim to the hedonic treadmill much the same as anyone else might. It affects people who have a hundred million dollars just the same as someone who has a million (or less).

There will always be someone richer, smarter, more successful and more well liked. However, the beautiful thing about the hedonic treadmill is, like any other treadmill, you can get off. It’s not quite as easy as a normal treadmill, in fact it takes a great deal of willpower to remove oneself from the cycle but it’s actually a lot easier than one might think.

The first part is removing external motivators. Our lives are absolutely dominated by the noise and it is hard to switch it off. Anywhere you look you are assaulted by the supremely well packaged message that you need more, more, more. Many will tell you to turn off social media. To stop watching television. To ignore the bevy of hustle porn podcasts. All of those actions are enormously beneficial should you decide to do them. For many though the idea of swearing off social media is not palpable. Maybe you need it for work. Maybe it is your guilty pleasure. Whatever the reason, the idea of deleting all your accounts sounds nice in concept but in practice is all but impossible.

The answer then is to develop an awareness of these factors and influences such that you can turn down the volume of each of them in your life. If you know that something is manipulating you then you are far harder to manipulate. The next time you feel yourself craving something ask yourself “Is this me? Or is this an externality that is telling me I need this thing to validate myself?” When you scroll through Instagram and see your friend with that fancy yacht photo and feel a pang of envy, pause and reflect on where that is coming from. The hedonic treadmill preys upon our insecurities to keep us running on it. With that knowledge you can be far more diligent about resisting its influence.

Alongside this greater awareness, spend time actively documenting your goals and desires. Focus on the internal – what are the things that are truly important to enabling you to live your dream life. Yachts and private jets rarely come into the picture here. For most of us it will be less tactile things; a loving family, a thriving business, close friends, time to spend with them, access to a beach or mountain, perhaps time to devote to the arts. When externalities start to veer you off course refer to this document and remind yourself what is really important to you. Just this simple act will go a long way towards keeping you focused on the goals that matter.

The hedonic treadmill is, in actuality, a spectrum. One is never fully on it nor fully off. It’s an ongoing conscious process to not allow it to govern your behaviors unwittingly. Simply having read this article and reflecting on the ways it may have influenced your life up until this point will aid you in resisting its subconscious impulses. With a little more work you’ll live knowing that your behaviors are driven by what you really want and not what some outside influence is telling you to chase. 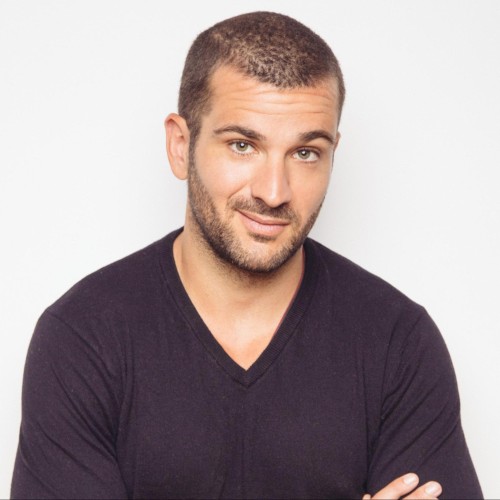 Colin Darrettahttps://colindarretta.com
Colin Darretta is the CEO and co-founder of Innovation Department, a venture studio dedicated to building and investing in the brands of the future. He sits on the boards of a number of startups and is a frequent contributor to publications like FastCompany, Inc Magazine, Entrepreneur and many others.
Previous articleWhy Being Right and Being Successful are Not the Same Thing

I used to think that an entrepreneur is simply someone who starts a business. I soon realized that I needed to refine my ideas. In...
Advertisment