2021 has been the year of Bitcoin so far. The cryptocurrency often dubbed “digital gold” has increased over 500% in value over the last 12 months. The digital currency reached a record high value of $58,350 earlier in the year and has since stayed around the $50k mark.

As the Bitcoin boom takes over the world markets and investors scramble to get on the gravy train, China seems to be pushing back.

Beijing banned virtual currency trading in 2017. In 2020, China passed a law allowing its central bank to issue its own digital currency to rival Bitcoin and the U.S dollar.

Just last month, authorities in several cities gave away tens of millions of “digital renminbi” as the new year “red packets” that can be downloaded onto a smartphone.

The digital yuan is the antithesis of Bitcoin. Cryptocurrencies are often decentralized; they are not issued or backed by governments. The “e-yuan”, by contrast, is issued and regulated by the central bank and its status as legal tender is guaranteed by the Chinese state.

Hence, the digital Yuan will put every transaction on the radar of the People’s Bank of China. 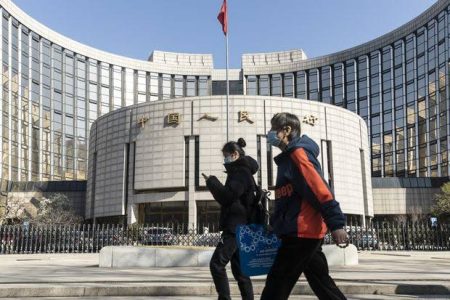 “Once a digital yuan is introduced, that’s going to be one of the biggest risks in crypto,” said Phillip Gillespie, chief executive of crypto market maker and liquidity provider B2C2 Japan.

The decision to ban mining comes on the account of Xi Jinping and China’s commitments to achieve carbon neutrality by 2060. However, the state’s uneasy relationship with the world’s biggest cryptocurrency points to a wider trend.

The government has also cracked down on businesses involved in cryptocurrency operations, such as exchanges, in the past.

Inner Mongolia’s crypto ban is forcing miners to move their equipment elsewhere in China or even overseas. The autonomous region’s Development and Reform Commission recently posted a draft plan to “shut down all cryptocurrency mining projects” and ask them to leave by the end of April.

The impending launch of a new digital currency, coupled with a crypto mining ban could be the start of China’s effort to curb the growth of “Digital Gold”.